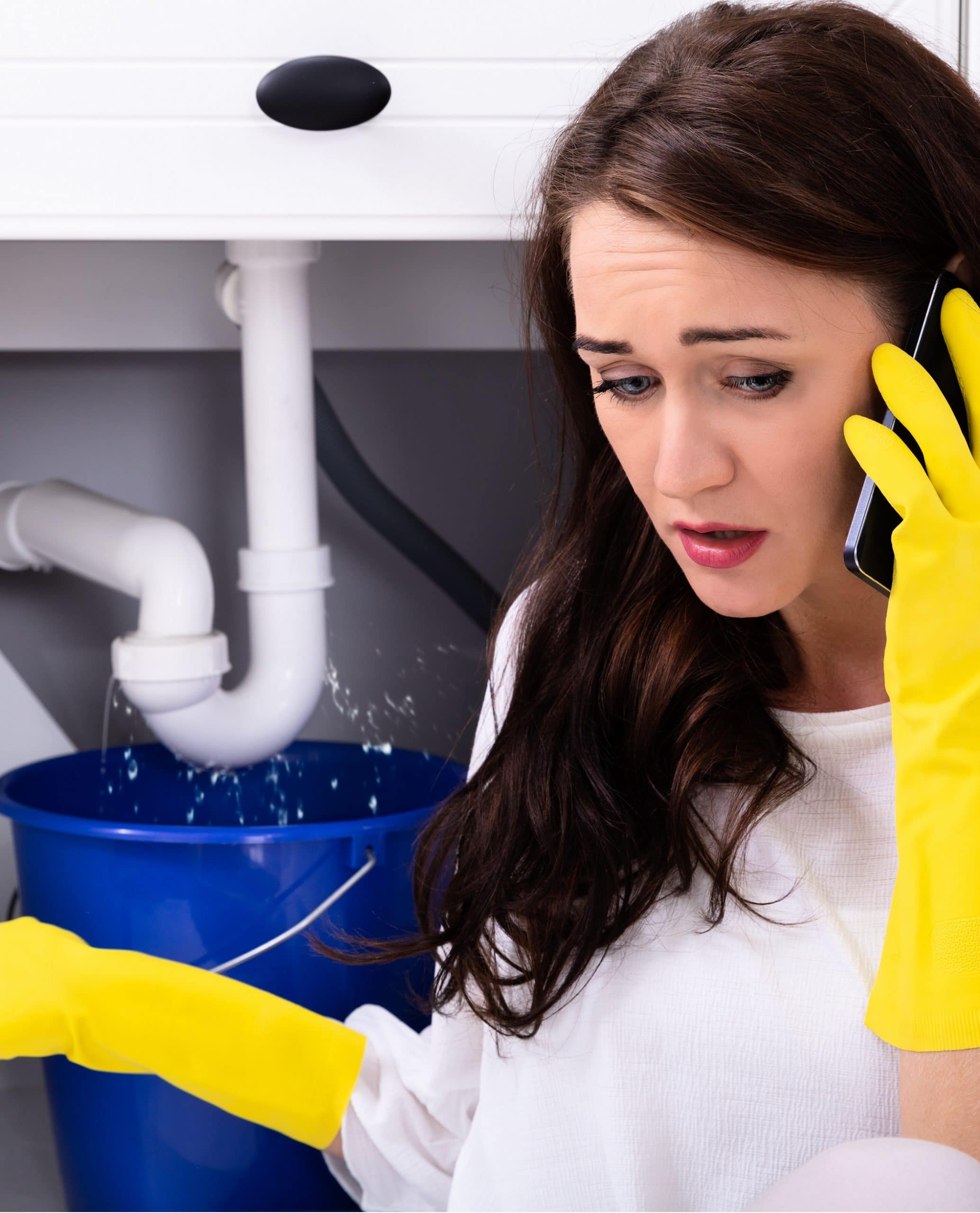 Water leak repairs should be treated as an emergency.  Leaking pipes and fixtures will often begin to water damage your cabinet, floor or wall.  In addition, neglected water leaks will continue to weaken the pipe or fixture which will eventually cause a catastrophic failure and flooding your home.  Choice Plumbing in Orlando recommends that you repair your leaks immediately, if you do not know the source of the leak or you suspect that the leak is inside the wall or floor, call a professional plumber who has the equipment to quickly diagnose and make the repairs.

Sink and drain leaks are often go unnoticed for weeks or months, only to be discovered by accident or notice of mildew or mold rot odor caused by plumbing leak.  Sink and drain leaks can easily be fixed and are reasonably inexpensive, if discovered upon plumbing failure.  Your sink and sink drain leak my only need a drain p-trap or a water valve replacement in order to avoid thousands of dollars in wall, floor and cabinet damages.  We can unclog your kitchen sink drain and slow home water draining problems in Orlando in a fast and affordable way.

Drips and leaks from plumbing fixtures can increase your water bill each year by as much as $60.00-$100.00! and if you have multiple leaks the cost is even higher.  In addition to the annoying drip sounds, leaks can cause pre-mature wear to plumbing fixtures and ugly stains.  Repairing leaks in toilets, faucets and shower heads will improve the functionality of your home and will save you money on replacing your plumbing fixtures and water bills.  We repair and install plumbing sinks, toilets and fixtures damaged by leaks, cracks or aging.  A professional plumber can often replace a valve or even a small seal that will prevent greater damage.

Water pipe leaks in Orlando and older homes around Central Florida are common and mostly caused by aged copper pipes or even old clay sewer pipes.  If you have a water pipe leak or have encounter frequent water line leaks randomly throughout your home’s plumbing system, it may be time to consider a plumbing  re-pipe.  A repipe of your home is cheaper than the damage awaiting you at the least expected time.  Being proactive and having a licensed plumbing contractor professional like Choice Plumbing Orlando inspect your plumbing before buying a home or upon your suspicion that your plumbing system is aged beyond safe operation, is the smartest approach to preventing a flood caused by a plumbing pipe failure.

Water leak in wall and water leak in floor are the “silent killer”.  Slab leak caused by breach or crack in a water line my not be visible for days or weeks.  When a slab leak finally surface a homeowner may have paid hundreds of dollars in increased water bill and even encountered floor damage.  Under floor water leak could be from a water feed pipe or sewer drain pipe, both causing a major problem requiring a professional plumber.  Sewer drain pipe leaks are caused by old pipes which are rotted or cracked and in some cases sewer pipe is breached by roots from near by trees.  Sewer leaks should be taken seriously and repaired immediately in order to prevent biohazard contamination or exposure to germs and bacteria found in sewage water.

Wall leaks are often noticed much sooner than the sewage leaks in floor slab or ground.  Water often found at the base of the wall or a wet area on dry wall are an indication of a leaking water pipe in wall.  The simply pin hole which drips or sprays the dry wall will yield a wet spot that is easily noticeable.  Plumbing leaks in wall which are discovered and repaired promptly are affordable and prevent extensive damage are unnecessary insurance clams.  In Orlando and emergency plumber can be dispatched and hired to repair wall and floor slab leaks fast, often withing a couple of hours from the time you call.

Learn More: Is Your Plumbing System In Trouble?

Learn More: Signs You Have A Water Leak